LET’S GET ONE THING out of the way: the Busan Cinema Center is a ridiculous thing. It is a metallic mammoth, a flowing steel maze of platforms and escalators. It looks big in pictures, but that is not enough. Not until you look up and see its North Star—the centre of the outpouring rainbow of lights that covers the 30,000-square-metre outdoor ceiling—do you really understand what’s going on here. 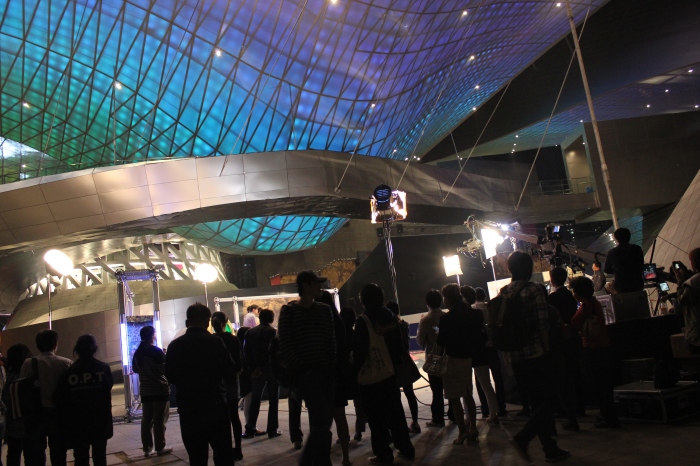 It is worth noting, however, that the Busan Cinema Center’s sleek grey and beige leather sofas, coupled with the subtle floorlights and beautiful contemporary design by Austrian firm Coop Himmelb, forced me to despite myself by acknowledging that this shit is pretty fucking mindblowing. The place literally smells like a new car.