I DON’T PRETEND to be an especially well-versed traveler, but a recent trip inspired the question alluded to in this headline, and the resulting conversation, combined with my desire to write a blog post about just nearly anything, means that I’m going to culminate for you here 23 years’ worth of living into a couple hundred words and blurry photos downloaded from Facebook. Here they are, in no relevant order: 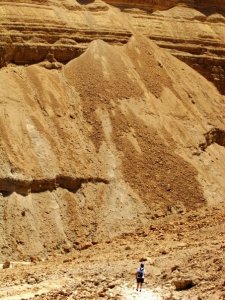 Masada is a fortress on a mountain in a dessert, which sounds impressive because you gotta wonder how they a) built it and b) lived there during the first century, but then sounds even more impressive when you realize that the ol’ Israelites who climbed down and up the mountain for four hours every day they needed water were the same tribe being hunted by Romans and who later committed mass suicide when the Romans’ siege succeeded. The remains of the fortress are beautiful in a tragic way, and while the surrounding dessert is vast in its powerful glory, it’s unmistakably the closest I’ve come to literally baking myself in an oven.

When I say I want to live in Europe, a particular mental picture comes to mind: women in long dresses and men wearing ascots sipping expensive coffees out of

those tiny cups you can’t slip your pinky through, all under the shade of lush green trees and sophisticated brick architecture, with someone romantic rowing a boat in the sun nearby. This is literally what I imagine Amsterdam is like all the time, based solely on my few days of being there when I was like 19 or something.  The thought that people are actually lucky enough to live there full-time is bewildering to me still. 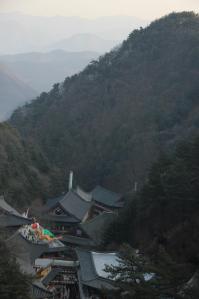 I traveled to Guinsa this past January, on a solo vacation six months into my teaching here. It happened to be the first Sunday after the Lunar New Year, which explained the 8,000-odd Koreans crawling up and down the mountain complex in hanbok, traditional Korean clothes, and praying for up to 10 hours a day. I wrote a full piece on it for Busan Haps, but it isn’t up yet; an accurate summation, in a sentence, would be to note how indescribable was that 8 a.m. sunrise at the top of the valley, when met with the chanting of monks and the chirping of birds and quietude of the mountains beyond.

Taroko Gorge is one of those unmistakably beautiful places, the kind of place that knows it’s gorgeous and just doesn’t have to try very hard. It’s a massive park of mountains and valleys, ripe with several painfully beautiful hiking trails of varying difficulties, and a tribe of native locals who stay away from the touristy spots but can sometimes be seen off keeping to themselves in the distance. As a bonus there are impossibly-built temples scattered throughout the entire thing, on the edges of cliffs and the tops of mountains and stuff, and when you look at them from below you’re struck both by how hard they must’ve been to create, as well as how obvious it is that this is the perfect spot for a Buddhist temple. 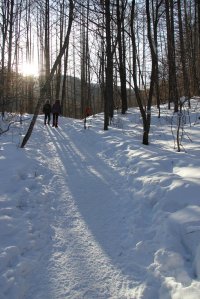 Morning hikes are one thing, and snow hikes another, but little else I’ve experienced has made me feel simultaneously older and more virile than a snowy morning mountain hike. The air is very crisp and the amount one sweats makes one feel distinctly like his body alone could overcome any element. I didn’t reach the top because I was low on food and water, and also exhausted and wanted to watch the Snow Festival festivities by 10 a.m., but at a resting point halfway up a group of Koreans gave me chocolate and gimbap and it was really sweet.