For more than a decade, I’ve been pitching, writing and editing news stories for outlets across the map, including Men’s Health, Foreign Affairs, the Globe and Mail, the National Post, Entrepreneur, The Coast and Torontoist, among others. I never really had a beat, but I mostly do Canadian arts, international travel and longform storytelling .

Currently, I’m the features editor at the Canadian Jewish News, and contribute weekly to Maclean’s. Before that, I spent two years as an editor for Haps Korea, a bi-monthly English-language magazine out of Busan, the country’s second-biggest city. I shared a National Magazine Award nomination for my work in fact-checking a longform memoir piece in The Walrus. And as the online editor of Outpost Magazine for two years, I spearheaded numerous major projects, including a six-part podcast series and the second season of the company’s travel web series, Tan Your Mind, which took me to Thailand on an intensive three-week documentary shoot, for which I doubled as field producer and photographer.

Check out some of my work below:

In the summer of 2015, Ontario had 65 ribfests. Alberta had two. For the Globe and Mail, I spent months with ribbers and ribfest organizers to write this 3,700-word investigation, which was published on the front page of the paper’s Toronto section. Online, we supplemented it with an interactive map and short video.

END_OF_DOCUMENT_TOKEN_TO_BE_REPLACED 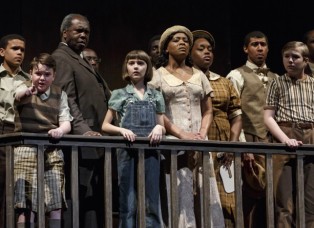 Clara Poppy Kushnir was the toast of Ontario’s Stratford Festival for her turn in To Kill a Mockingbird, winning audiences with innocence in an otherwise dark and gritty play. I spent a day with Kushnir and her family for a front-of-book piece published in Maclean’s July 2018 edition.

END_OF_DOCUMENT_TOKEN_TO_BE_REPLACED

There are no roads to La Libertad, pop. 250, in the Peruvian Amazon. Instead, you have to fly from Lima to Iquitos, drive 100km south and hop on a riverboat for two hours to reach the remote village. My wife and I spent three days there, and I wrote about the experience for Outpost Magazine‘s spring 2017 edition.

END_OF_DOCUMENT_TOKEN_TO_BE_REPLACED

Over several weeks, I called synagogues and business owners across Canada to compile a definitive report on the varying costs of Canadian Jewish life. I relied on interactive digital graphs to tell the story, which also appeared on the cover of the Oct. 4 2018 print edition of the Canadian Jewish News.

END_OF_DOCUMENT_TOKEN_TO_BE_REPLACED

After two terrorists killed 12 staffers at the French satirical newspaper Charlie Hebdo on Jan. 7, 2015, a vigil was held in downtown Toronto that night. I spoke to several attendees and wrote an analysis the next day for The Walrus, focusing on what makes French humour distinct from that of English-speaking countries’.

END_OF_DOCUMENT_TOKEN_TO_BE_REPLACED

In the lead-up to the contentious 2015 election, a new wave of vigilantism swept Peru, encouraging citizens to capture criminals, publicly humiliate or torture them, record the whole thing on video and post it on social media. I wrote about the lethal phenomenon for Foreign Affairs on Nov. 2, 2015.